skip to main | skip to sidebar

Get a perfect complexion in an instant

I've been using Clarins Instant Light Complexion Perfector in Champagne Shimmer since receiving it in the lovely goodie bag at the Fashion Bloggers' Brunch. This product is a bit of a beauty all-rounder - apply it alone as a base if your skin doesn't need much coverage, apply under foundation as a primer, or mix a bit with your foundation to give it a bit of radiance.

On lazy days I am loving this as a quick alternative to foundation - it blends really easily on my skin and evens out skintone, minimizes pores and adds some glow. I add some concealer under my eyes and top with powder and I'm done! Don't fear the shimmer in the name - the light-reflecting properties do give your skin a luminous look, but don't look obvious or sparkly.

This is also available in Rose Shimmer (for brightening your complexion) or Bronze Shimmer (for a lightly sunkissed look). Priced at around €27, get it now from Clarins counters. 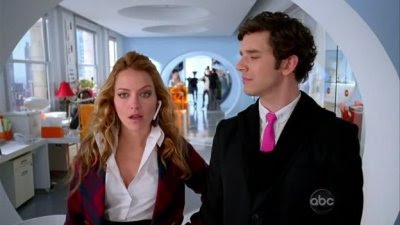 I don't usually do any blogging for the menfolk, but this dashing ensemble of Marc's very much impressed me while catching up on Ugly Betty last night. Pretty restrained in comparison to some other outfits he has sported, it was the hot pink tie against the sober black suit/black hoodie/white shirt that caught my attention. I love the splash of colour it provided.

On a slightly related note, I vote for a Marc/Amanda spin-off show. How fabulous would that be?

I went shopping in Massimo Dutti recently and the red, white and blue of these three items all caught my eye. The shirt is washed cotton, with a nice relaxed fit and is ultra soft and light on. This will be perfect with jeans when the weather gets warmer. 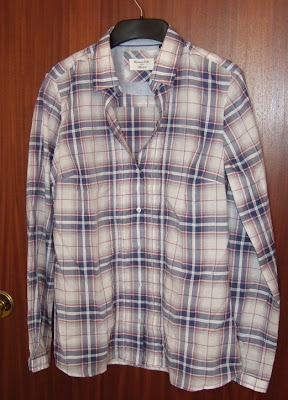 I love the pleated tuxedo detail at the front. 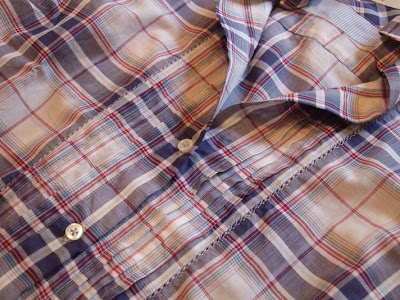 The scarf is also light and will add colour to neutral summer outfits. I really like the pattern and colour combination. 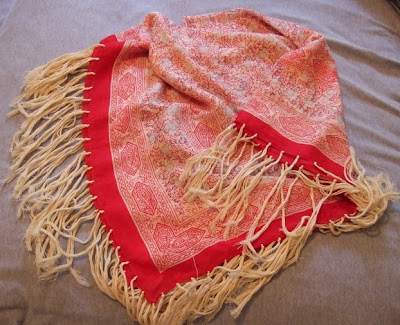 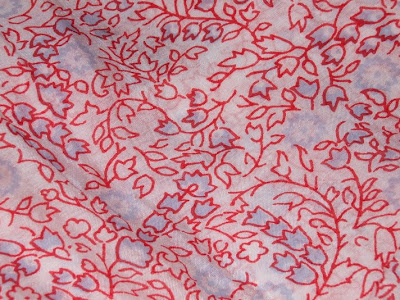 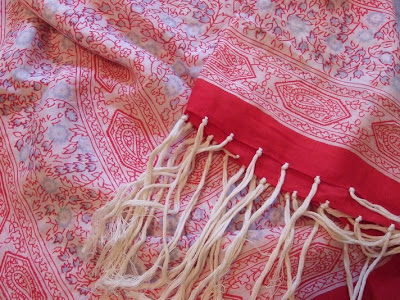 And the tank is for wearing under the shirt. I like the longer length of this one. 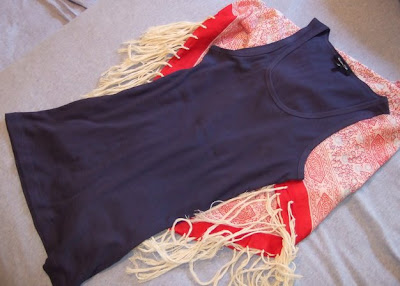 Not quite Chanel, but Coco 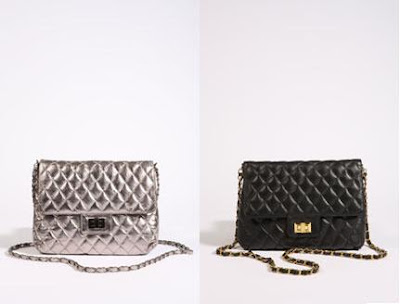 Plagued by Chanel dreams on a high-street budget? Join the queue. And while you're at it, take a look at this lovely quilted bag from
Urban Outfitters. With a nod and a wink to the Chanel classic, the cheekily-named "Coco" is made from 100% leather, with a clasp closure and chain handle. Perfect for dressing up a casual daytime outfit or accessorising a big night out, it is available in silver or black.

Marion Cotillard at the BAFTAs At the BAFTA awards last weekend, Marion Cotillard embodied my beauty ideal to a T. Loose tousled hair, shimmery neutral eyeshadow, mascara and a slash of killer red lipstick - it looked like she got ready in about 10 minutes and she was perfect. Red carpets are usually awash with über-styled stars who look as though they spent all day and a good part of the preceding week getting ready, with the help of a team of hair and makeup people. And fair play to them; I'm sure it's nice work if you can get it. But as someone who is never 100% done myself, I do appreciate a bit of reality on the red carpet. Go Marion! 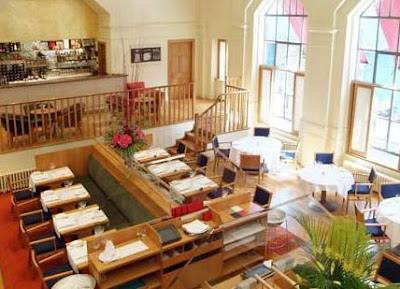 I don't know when I last rose as early on a Saturday morning, but it helped that the sun had finally come out to herald February's Fashion Bloggers' Brunch. Hosted by the Tea Room at the Clarence, we were utterly spoiled with a delicious spread of pastries, juice, pancakes, boiled eggs, fruit and heaping platters of cheese and cold meat, not to mention the pink bubbly. Despite the early start, it wasn't long before we got started on such pressing topics as the negative effects of snow, slush and ice on fashionable footwear. I have been delightedly sampling the contents of the Clarins Spring 09 goodie bag ever since, so more on that at a later stage... see you at the next one!

When I Grow Up by Juliana Hatfield 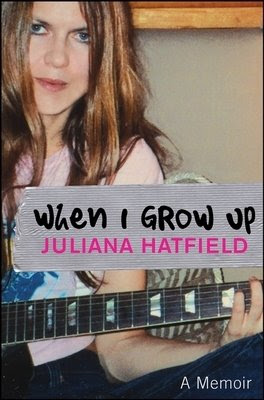 When I saw this on the shelf in the bookshop I stopped and actually laughed in surprise. "A memoir" by Juliana Hatfield sounded surprisingly grand. Juliana was one of my reference points on the American indie rock landscape as a teenager. I have a clear snapshot in my head of buying her Become What You Are album (on cassette tape - I still have it) on a sunny summer day in 1993. I played it to death that summer and afterwards. Emerging from the same US east coast scene that gave the world the Pixies, Throwing Muses, the Breeders, Belly and the Lemonheads, Juliana's catchy hooks and sunny melodies pulled me in, and I could immediately identify with the themes of self-doubt and uncertainty in her songs.

I bought the book, partly out of curiosity and partly for nostalgic reasons. And I read it in a week (I know the standard with an un-put-down-able book is in an afternoon, but my reading tends to happen in 15 minute bouts before I fall asleep at night, so that's my equivalent). Her writing style flows easily and I found myself reading "just one more chapter" when I should have been turning the light off and going to sleep. The book hops between a somewhat unhappy 2004 tour with Some Girls and random events from her past, spanning her career from the early days with Blake Babies to her more recent solo efforts. Moving from the highs of signing a deal with a major record label to the extreme lows of depression and the resulting tour cancellation, she is realistic about the hard side of not always being successful in the music business without ever being self-pitying. And despite making no effort to hide the fact that she is a pain to be around much of the time on the tour, I found her honesty and lack of pretension refreshing.

In her personal references, I discovered we have also have many likes in common - she mentions Petit Bateau (she wears a tank top from them on stage and regrets showing so much flesh), X-Girl (she wears a mini-skirt with the aforementioned top, which adds to her discomfort - oh and yes, that's where the name comes from) and the original L'Occitane Vanilla fragrance (which she sprays around a particularly dank motel room, in an attempt to mask the less than fresh odour) - all loves of mine.

If you are a fan of Juliana Hatfield, When I Grow Up is definitely worth a read. And even if you aren't, try browsing inside the book at Amazon - you might find it interesting anyway.

What have I missed?